Excelas had the opportunity to hear Amy J. Ray, MD, present “COVID-19 Transmission Risks in Long-Term Care Facilities” at the DRI Senior Living and Long-Term Care Seminar in Nashville.  Dr. Ray is the Director of Infection Prevention and Regulatory Affairs at The MetroHealth System in Cleveland, Ohio.  She provided excellent insight on transmission risks and infection prevention in long-term care facilities.

Dr. Ray indicated that long-term care settings were a perfect storm: vulnerable patients plus a deadly virus plus reliance on caregivers in a congregate environment.  As a result, LTC facilities had a higher prevalence of infection and death as compared to the general population.  Of note, there was not a direct relationship between the CMS Five Star Rating system and the spread of infection.  Several factors which influence a facility’s ability to limit the spread of infection, include, but are not limited to:

Dr. Ray also acknowledged that there has been an excess of non-COVID morbidity and mortality in LTC residents, much of which may be attributed to loneliness and isolation.  She cites a publication by the National Academies of Sciences, Engineering, and Medicine which noted “social isolation itself may place residents at risk of premature death.”

She reviewed strategies to interrupt transmission, while emphasizing that it is difficult to measure the effectiveness of any specific intervention in a pandemic situation, as multiple interventions are simultaneously employed.  She described the “hierarchy of controls” used to mitigate infection as a pyramid, with the most effective measures forming the base, and the least effective measures at the top.

The base of the pyramid is elimination of the threat, which is the most effective means of protection against infection and requires the least amount of human intervention.  In a situation such as COVID-19, when the virus is entering the facility via humans, including visitors, staff and new residents, even strict limitations on entering the facility can still result in introduction of the virus.  High vaccination rates in a facility became a component of elimination, as vaccinated residents had the direct benefit of reduced infection or severity, and unvaccinated residents benefited indirectly through fewer opportunities for infections to occur.

Engineering Controls are the next tier in the pyramid and include isolating infected patients or cohorting infected patients in a designated area.  Social distancing is also an engineering control, including the elimination of communal dining and other activities.  Masking is also considered an engineering control, but as with the other controls in this category is limited in effectiveness as it relies on consistent human behavior.

Administrative Controls are the “tip” of the hierarchy of infection mitigation and include the use of PPE and universal testing.  PPE must be consistently used appropriately, and testing is subject to correct test performance, false positives/negatives, and compliance with results.  Again, human behavior, as well as staffing constraints, impact the effectiveness of administrative controls.

Dr. Ray reported that a standard tool to assess the adequacy of COVID-19 response by LTC facilities does not exist; however, reviewing a facility’s response in relation to the hierarchy of controls can serve as a basis for defense.

The Excelas Comprehensive Integrated Timeline Tool (CITT) incorporates an individual patient’s medical records (vaccine status as a control to eliminate the threat – the first hierarchy) with an organization’s policies and procedures (such as visitation, staff training, etc. – engineering controls) and infection mitigation, availability and utilization of PPE, testing, etc. – the facility’s administrative controls.  All of the hierarchy of controls can be layered and merged with local, state, and federal guidelines.  This integration of data can be used to demonstrate the practices and the standards at the time an event occurred.  The CITT is continually updated as new policies, procedures, regulations, and guidelines become available. Capturing any new directives, while maintaining the previous guidance in the CITT, facilitates a quick basis for comparison to facility policy and procedure changes.  Further, juxtaposing the data from the individual’s medical records, the healthcare facility’s policies/procedures and published guidelines/standards in an easy-to-read timeline allows counsel to clearly tell the story of the case.

Contact Excelas today for a demonstration of how our COVID-19 Comprehensive Integrated Timeline Tool can assist you in defending COVID related claims and litigation.

providers must aggressively defend understaffing cases in long-term care, as staffing data does not elucidate the full story of care provided

Ways to prepare for governmental changes and legal challenges

Excelas Best and Brightest Companies to Work for in the…

An update to the COVID litigation trends and practice strategies… 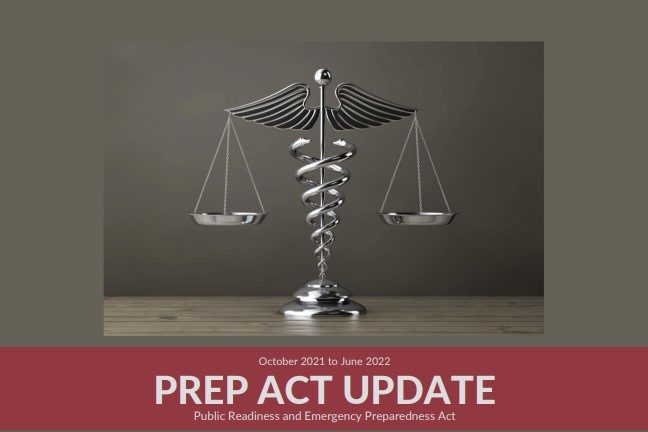